In Episode 128, Dan and Michael chat with Leilani Sabzalian about her new book “Indigenous Children’s Survivance in Public Schools” and her TRSE article, “ The tensions between Indigenous sovereignty and multicultural citizenship education: Toward an anticolonial approach to civic education.” 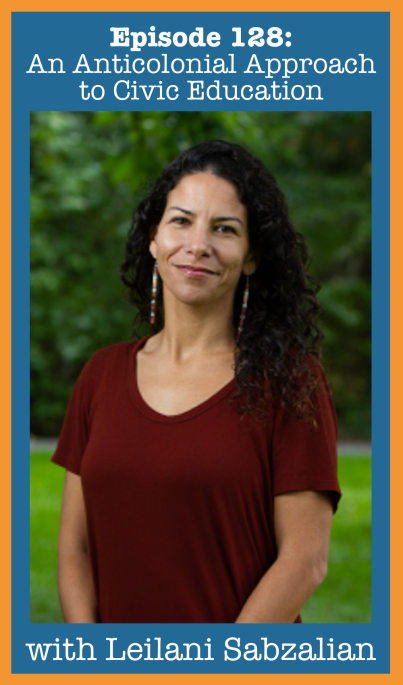 Books, Articles and Other Amazing Resources

Leilani Sabzalian, Ph.D. (Alutiiq) is an Assistant Professor of Indigenous Studies in Education and the Co-Director of the Sapsik’wałá Teacher Education Program at the University of Oregon. Her research focuses on creating spaces to support Indigenous students and Indigenous self-determination in public schools, and preparing teachers to challenge colonialism in curriculum, policy, and practice. Learn more about Dr. Sabzalian at https://education.uoregon.edu/users/leilani-sabzalian and @leilanisabz on Twitter.